The Adventures of SWARM 44

Unit 44 (aka. SWARM 44) made up of 36 young people and 4 adults from across the Greater Manchester West embarked on a trip of a lifetime to the 24th World Scout Jamboree at the Summit Betchel Scout Reserve in West Virginia, USA. 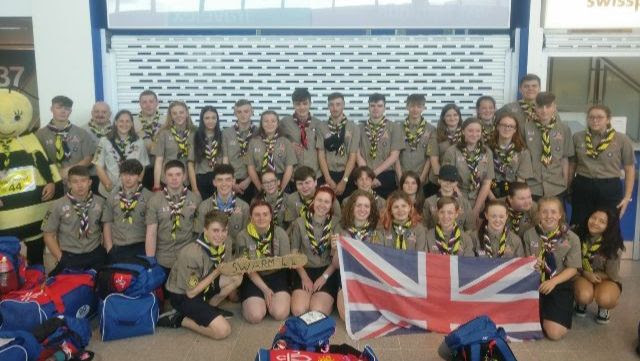 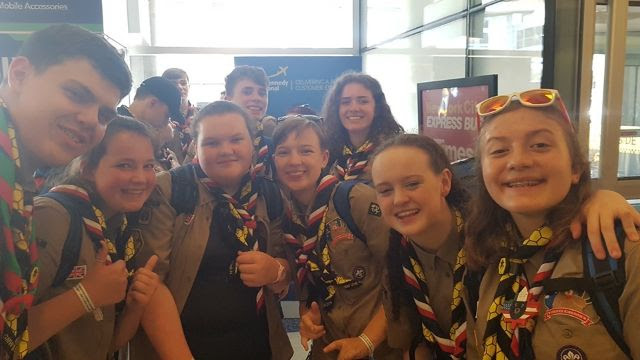 Our journey started at Manchester Airport on 20 July 2019 when the we flew to New York for a busy day of sightseeing, staying at nearby Hofstra University and travelling into Manhattan on yellow school buses. Sights includes the top of the Rockerfeller Centre, a wander down to Central Park to shelter under the trees from the hot midday sun and 9/11 memorial fountains. The day ended by joining 4,000 other UK contingent members crossing the Hudson River and then a long coach journey to West Virginia University for the night. 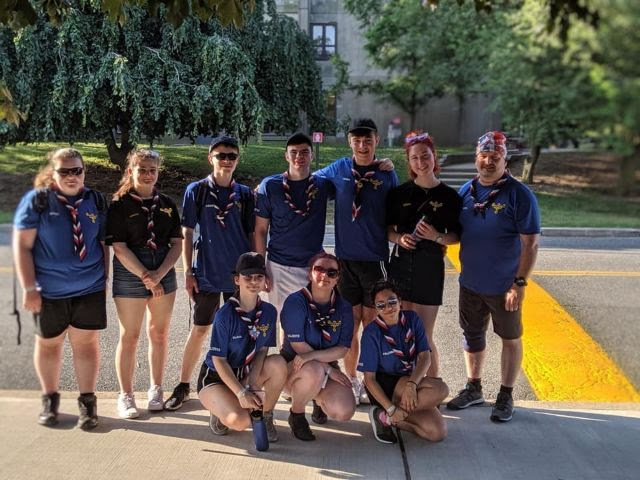 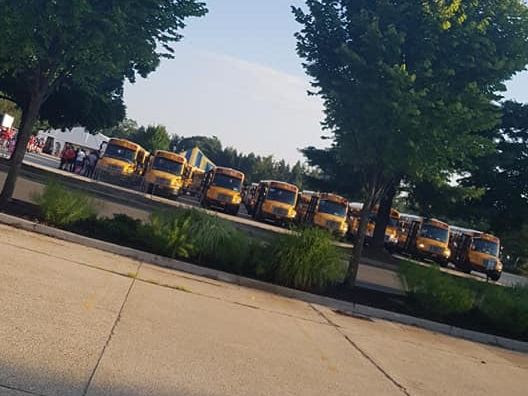 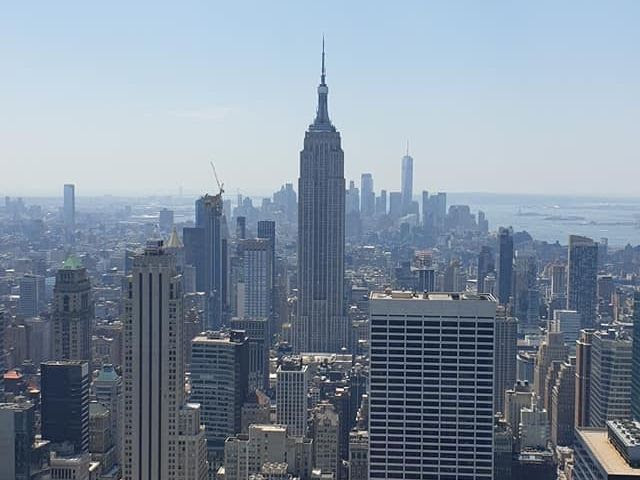 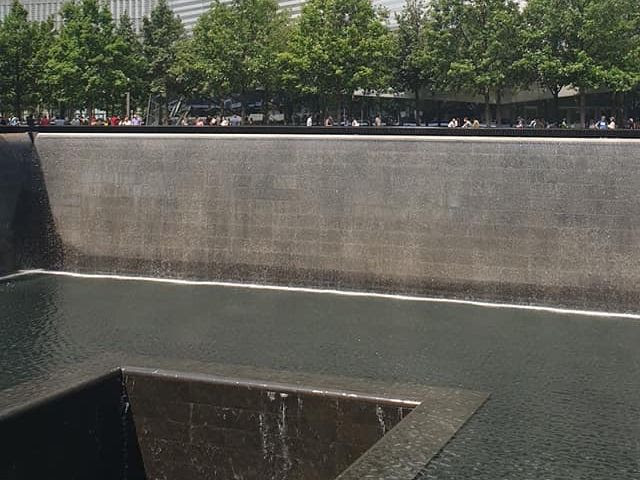 The following day started with breakfast before a drive to the Jamboree site which was a couple of hours longer than expected due to queues of vehicles and heavy rain, but spirits were still high. When we arrived, we were greeted by GMW IST member and County Youth Commissioner, Lewis Foster and GMW IST Member, Jemma Williamson. After registration, it was time for us to put up our tents in the rain, something Mancunian Scouts are very much used to! There was time for some food before heading to bed after a long day. 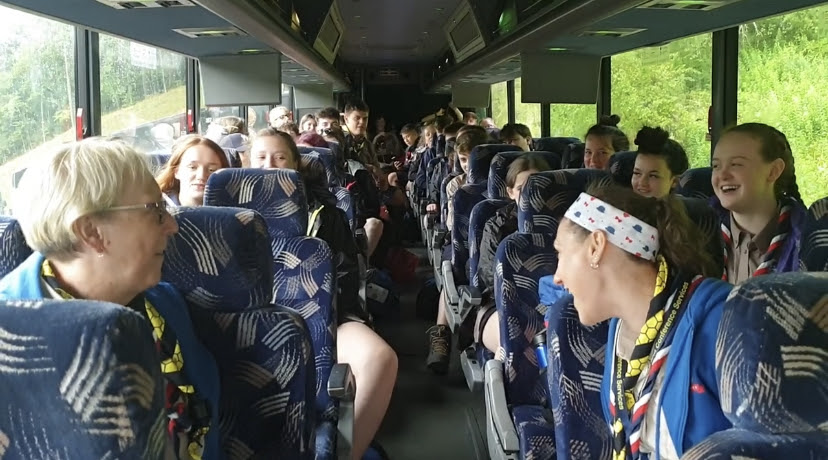 SWARM 44 spent just over a week at the Jamboree site itself taking part in a whole host of activities and themed days. There were spectacular opening and closing ceremonies where we joined by the over 45,000 scouts and guides from across the world taking part in the 24th World Scout Jamboree. The time at the Jamboree site was an opportunity for young people to meet people from around the world, share stories, make lifelong friends and of course, developing Skills for Life. On 30th July, we were joined by the Philmont Expedition contingent and leaders from Wigan District who were also taking part in International Experiences in the United State. It was great to catch up with people from back home and socialise for a couple of hours before they departed to embark on the next stage of their USA journeys. Our time at the Summit ended on 2nd August following a unit promise renewal at the campsites highest point, 2810ft above sea level. Next stop Washington DC! 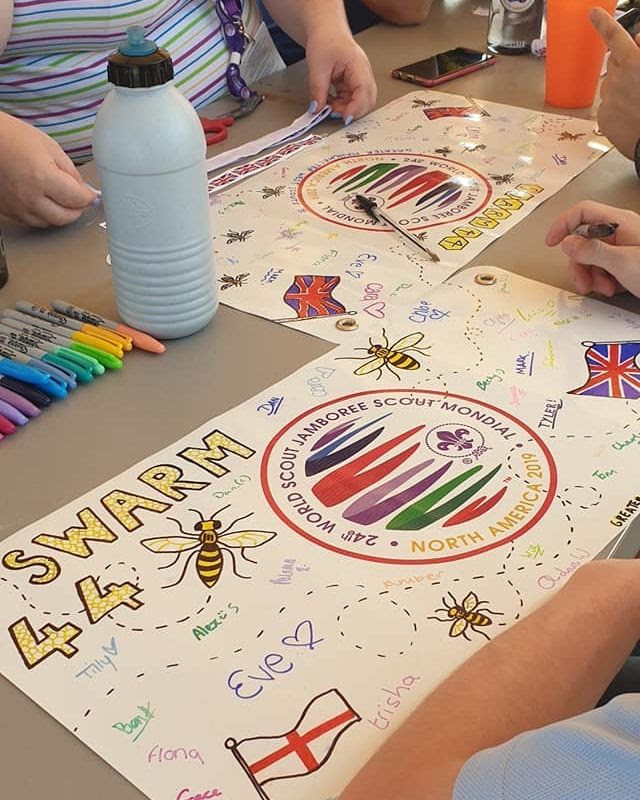 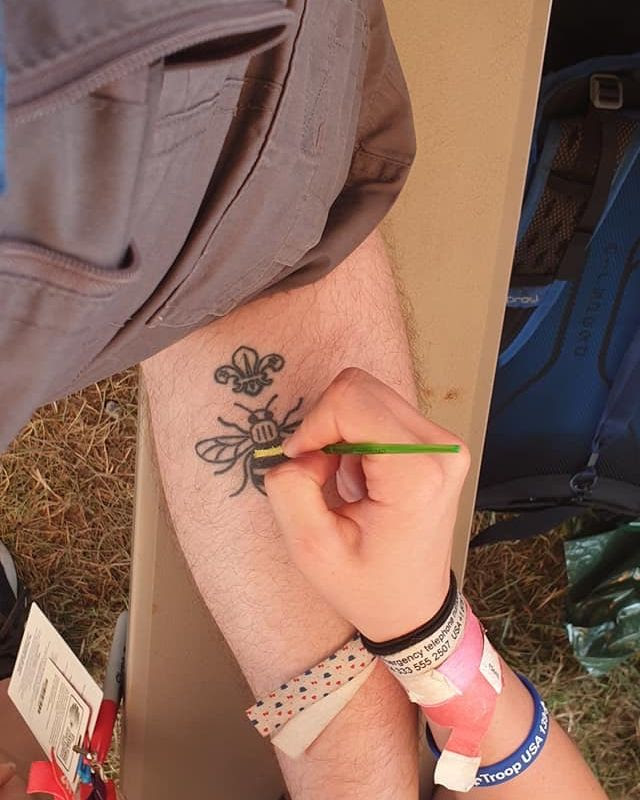 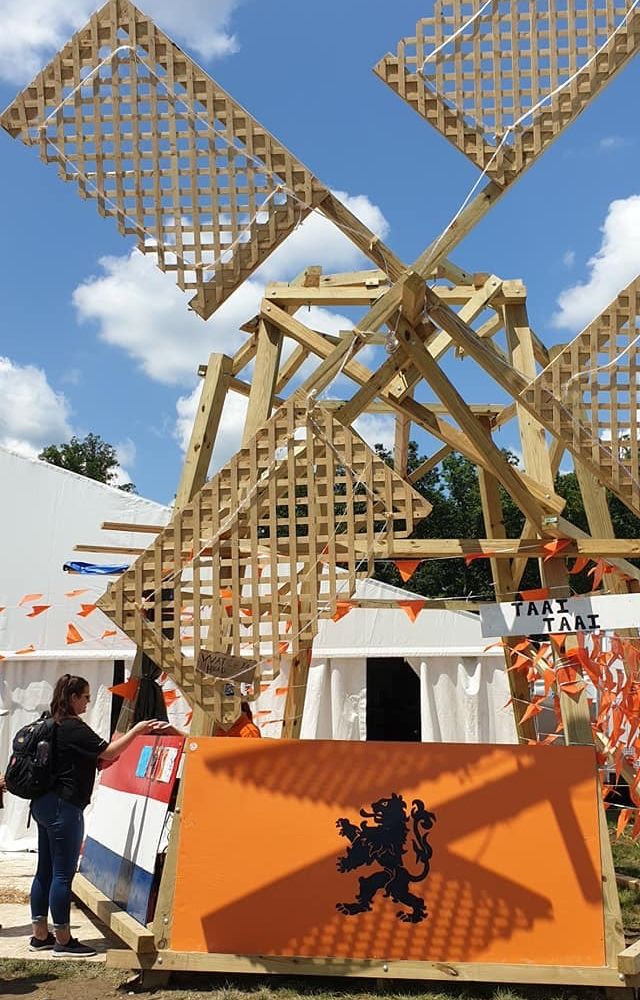 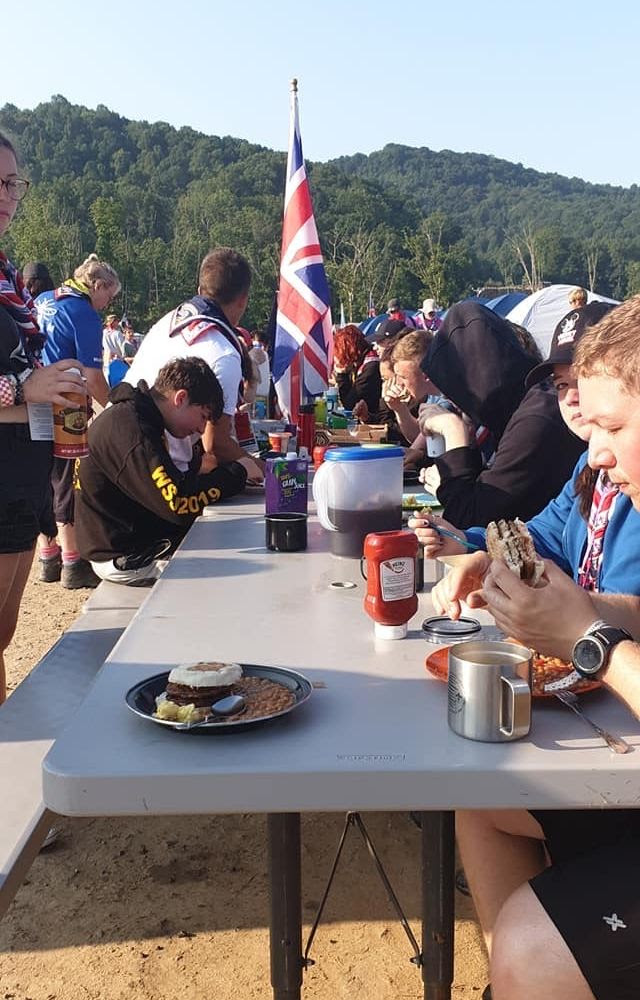 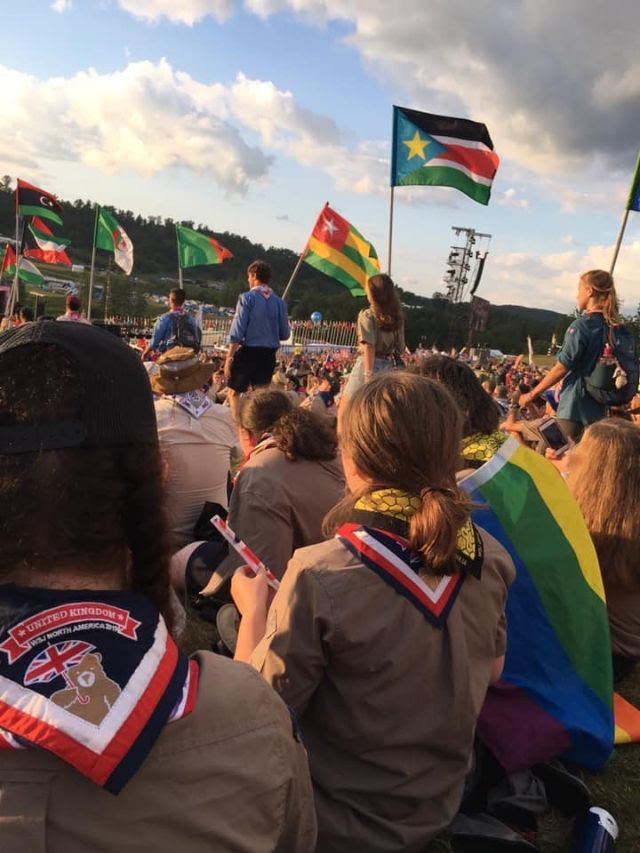 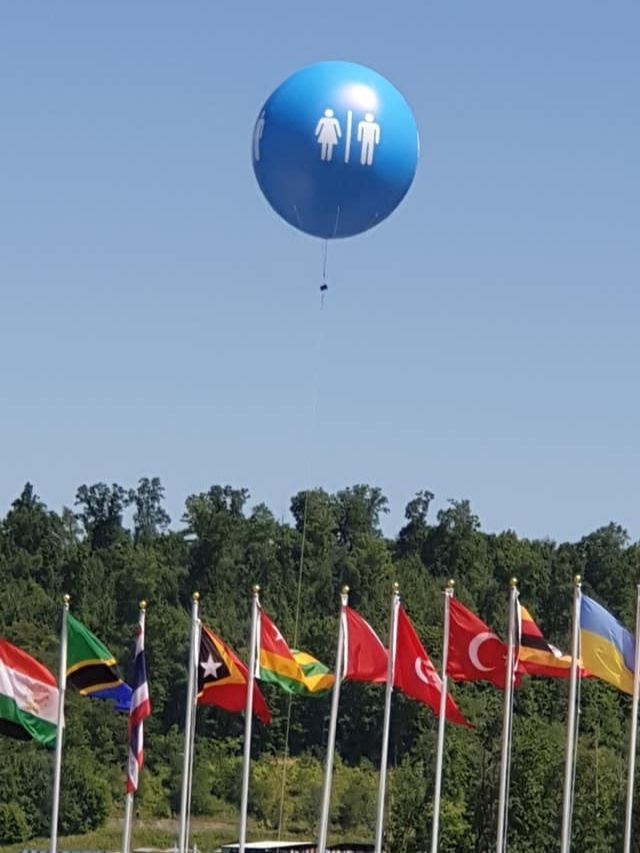 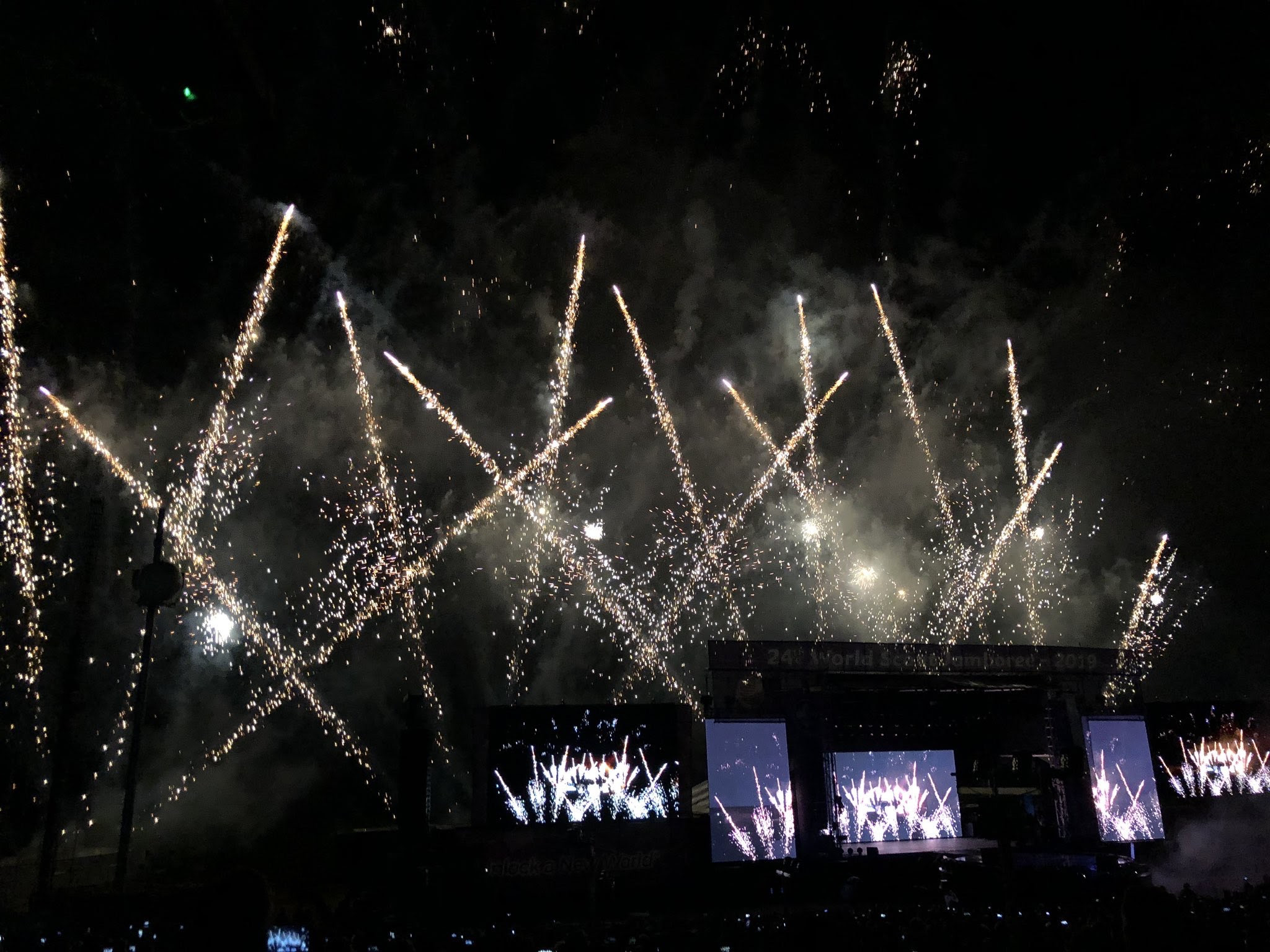 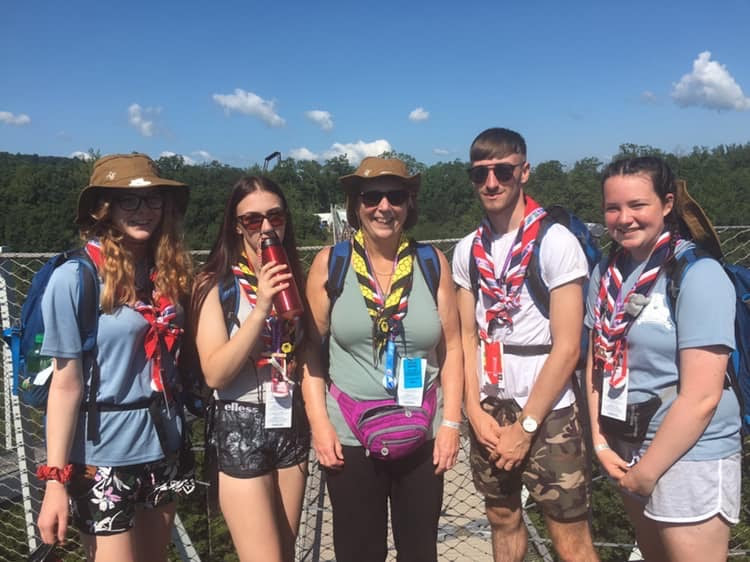 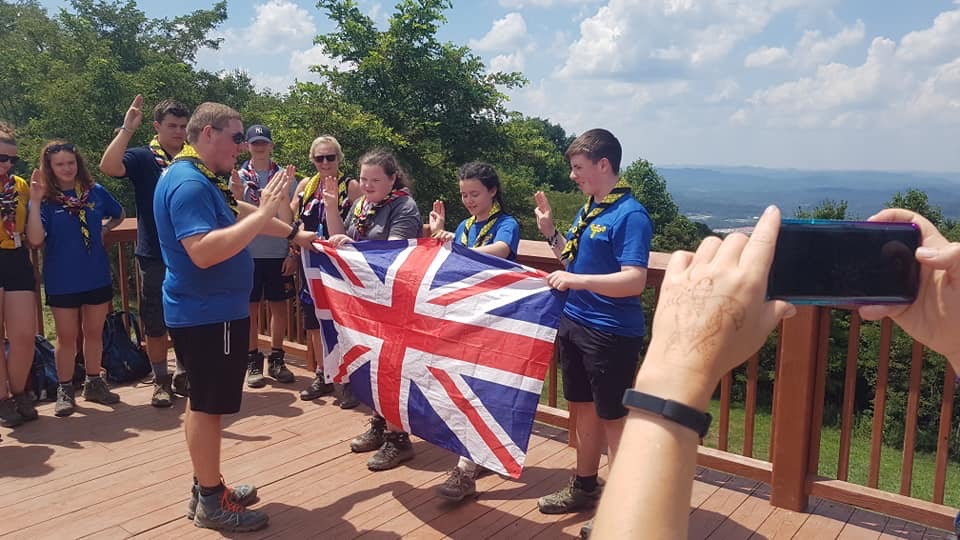 Following a good nights sleep it was time to explore and sight-see, this time in Washington DC. We visited a whole host of key sites including the White House, the US Capitol, Lincoln Memorial and the Natural History Museum to name a few. 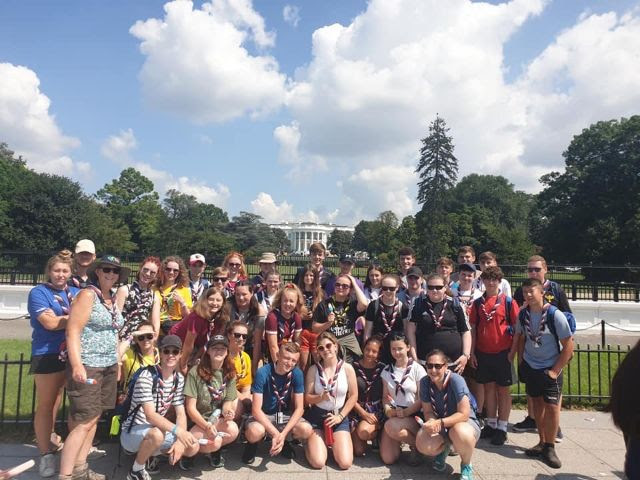 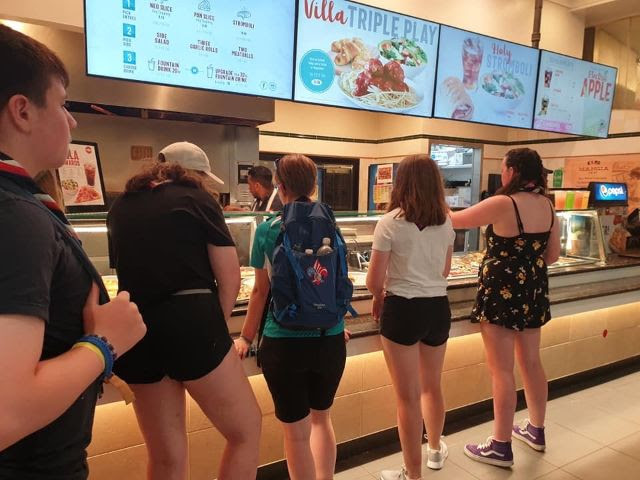 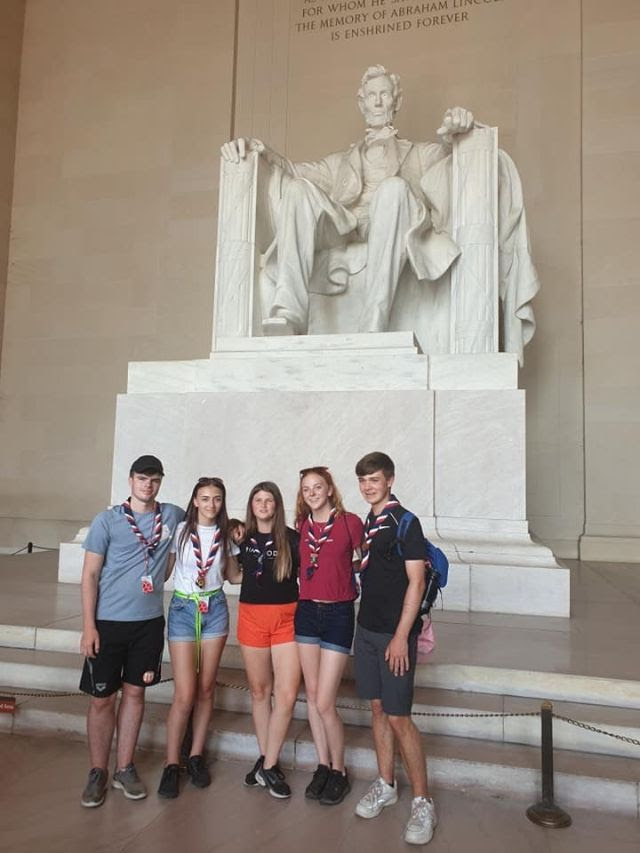 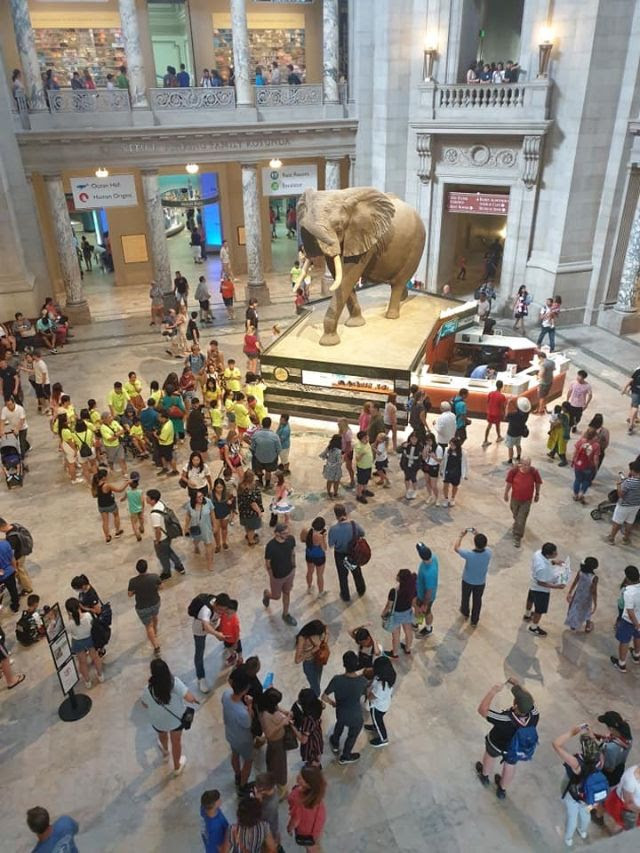 We were then lucky enough to join the rest of the UK contingent made up of 4,000 scouts and guides at a baseball games at Camden Yards in Baltimore. The match was between the Baltimore Orioles and the Toronto Blue Jays. Anthony Santander was our favourite player with lots of cheers from the UK contingent when he got the ball! 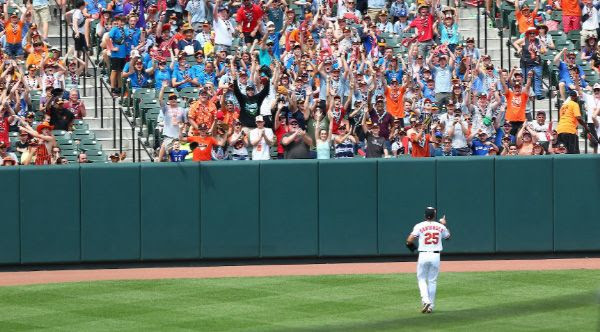 Next stop, Canada where we were hosted by 1st Orillia Scout Group. They were great hosts providing us with somewhere to sleep and organising a whole range of different activities for us to take part in! As a token of our appreciation, we invested a member of their group into SWARM 44 as an honorary member. 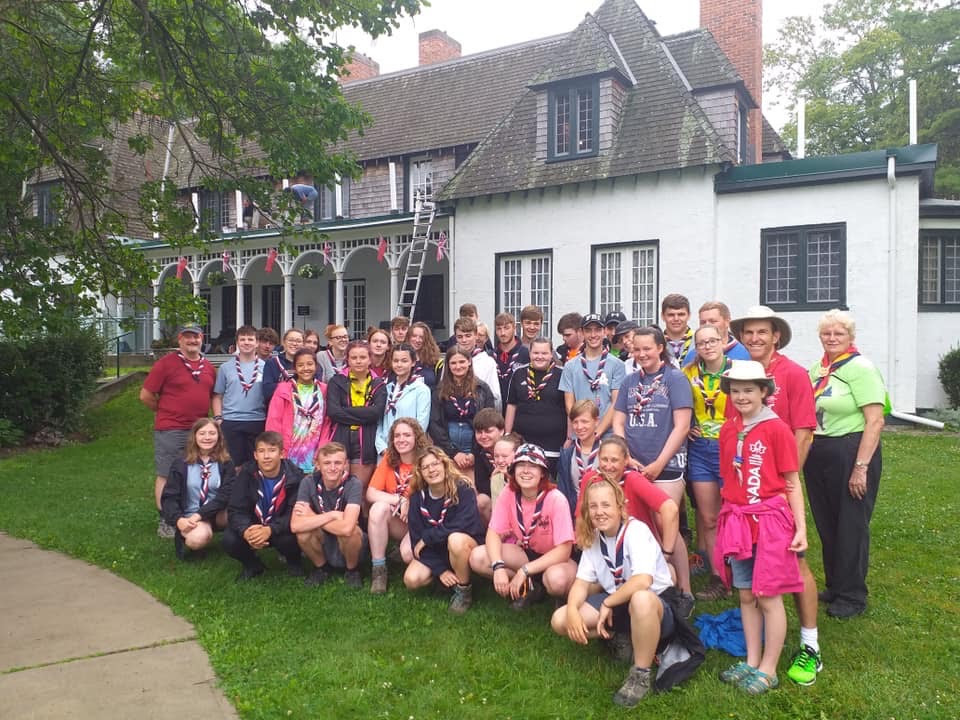 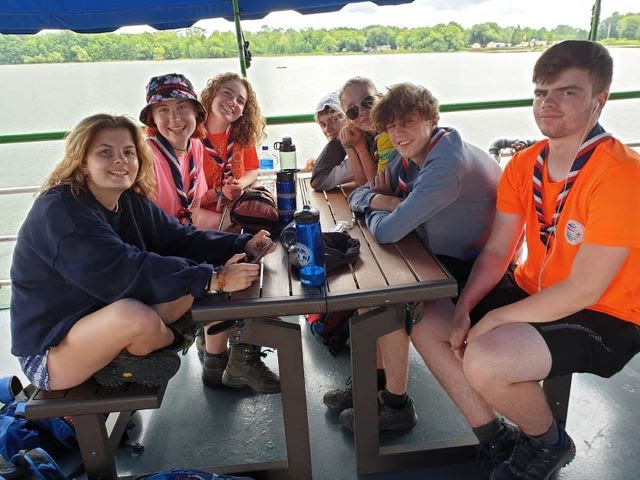 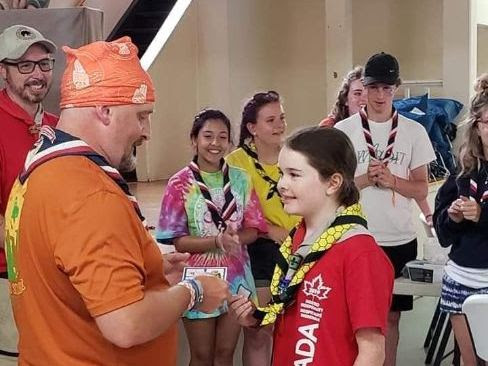 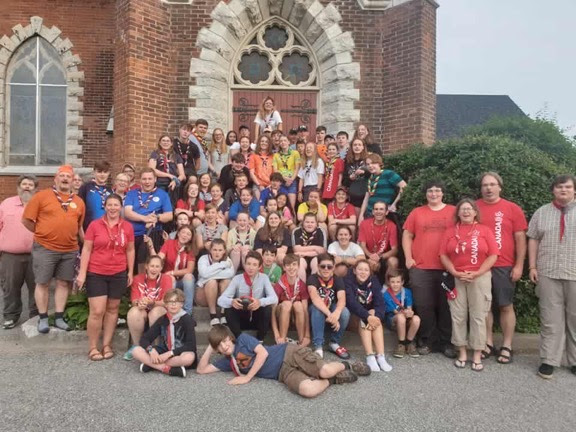 Then it was time for home, but there was time for one last stop thanks to our amazing coach driver – Niagara Falls to take in the breath-taking views before heading back to the airport for the flight back to Manchester. 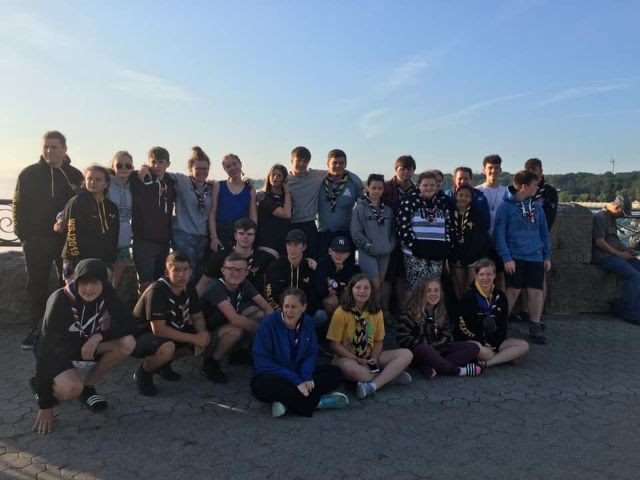 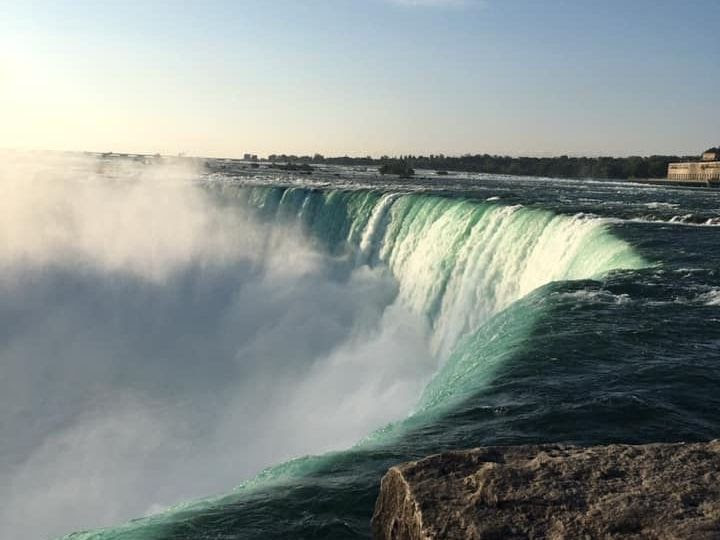 The 24th World Scout Jamboree was a life-changing for all of the members of SWARM 44, including the leaders. It was the longest time most of the young people had been away from home and shared once in a lifetime experiences with now lifelong friends. None of this would have been possible without the support of our friends and family. The dedication and enthusiasm of the Unit Leaders and Young People made this an extraordinary international experience!